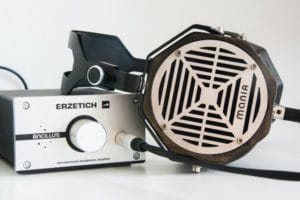 Webster’s defines amplification as a medium used to make a thing larger, increase its strength or raise its volume. Traditional amplifiers use the three component parts of Webster’s definition to enable speakers to convert a signal into the sound that we’re all overly familiar with – music.

Those songs that make you want to dance, that bounce around unbidden in your head on the way to work, that you fell in love while listening to, you wouldn’t have heard any of them without amplification and amplifiers. They help to transform crude soundwaves into something beautiful.

Something precious that each of us, has at some point in our lifetimes, felt a special connection to, and with. We owe those moments and connections to amplifiers. Life would be much duller, and most of us would be lost and miserable, without amplification.

However, as the frantic demands of modern life have rocketed, the way in which we listen to music has changed.  Most of us don’t have the time to simply sit down, put a record on a turntable and listen to our favourite albums. Even if we did, the chances are that whoever you share your living space with wouldn’t feel the same way about that precious album as you do.

For the majority of people though, that sort of opportunity just doesn’t exist. The only chances they have to immerse and lose, themselves in music is on the way to and back from work.  Consequently, headphones have become increasingly important to all of us, as they’re the only instrument that allows us to indulge, and submerge ourselves, in our collective passion for music.

Headphones aren’t amplifiers. They’re mobile speakers that are reliant on amplification to send them the signals that they then convert into the music that we love. Nearly all of the devices that we use headphones in conjunction with having some sort of built-in amplifier which makes sure that music travels from them via those aforementioned mobile speakers directly into the pleasure centres of our brains.  But if the devices that we use our headphones with already have an amplifier, why would anyone need a separate headphone amp?

Amplification is entirely dependent on an analogue signal, the sort of audio messages pumped out by turntables and the various separate components that home stereo systems are made up of. Smartphones, laptops, tablets and devices that the digital age has made compulsory, have outgrown analogue and use something called a DAC (or digital to audio converter) combined with an amplifier to send a signal that the speakers inside headphones can then transform into music.  That being the case, why do any of us need a headphone amp?

It’s simple. Look at the size of the digital device that you’re transmitting music to your headphones with. It’s sort of small, isn’t it? Think about all the things that your smartphone, tablet or laptop has to do and all the technology that’s crammed into them to make all of that a possibility and imagine how small the amplifier and DAC inside them are. How can something that small possibly play music the way it was meant to be played? If you want to hear music the way it was meant to be heard, you don’t want a headphone amp for your smart device. You need one.

And the same applies to your home stereo system. It doesn’t matter how big, expensive and technically superior it is, it could always be bigger. It can always be louder; especially through headphones. And that’s exactly what a headphone amp will help your stereo to be. Bigger, Louder. Better.

So now you know that the music you’re listening to through headphones can be all of those things, let’s have a look at five of the best ways to make the absolute most out of the music that you love. 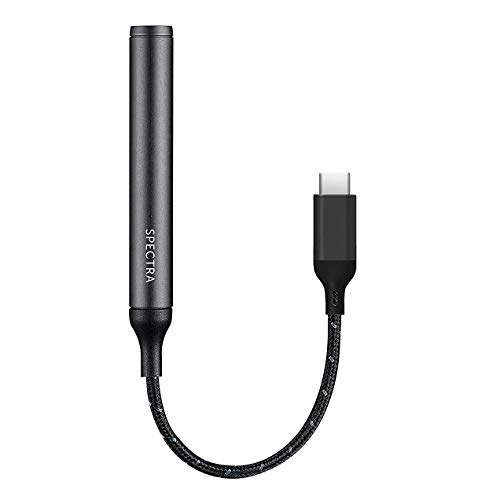 Let’s start with the best headphone amp for smartphones one that’ll boost your music to brain bursting levels, the NextDrive Spectra.  Powerful, compact and able to stand toe to toe with most of its much more costly rivals, the NextDrive Spectra delivers high fidelity, affordable sound that’ll amaze and confound in equal measure. You won’t believe how good your music can sound until you’ve heard it through the Spectra.

It comes in USB A and USB C models (just make sure you know which is which and which model you need) and as such is compatible with almost all smartphones, laptops and tablets. Just plug it in, press play and you’re ready to go.

Portable doesn’t even begin to cover how easy it is to take this lightweight headphone amp everywhere you go. Its slim aluminium design means that it looks every bit as good as it’ll help your music sound.

There’s no need to charge the NextDrive, as it draws its power directly from whatever device it’s plugged into and pushes bass, mid and treble far past the usual limits of smart devices.

All of the reviews it’s garnered, for the most part, can’t say enough good things about it. It’s an affordable world-beater and game-changer. 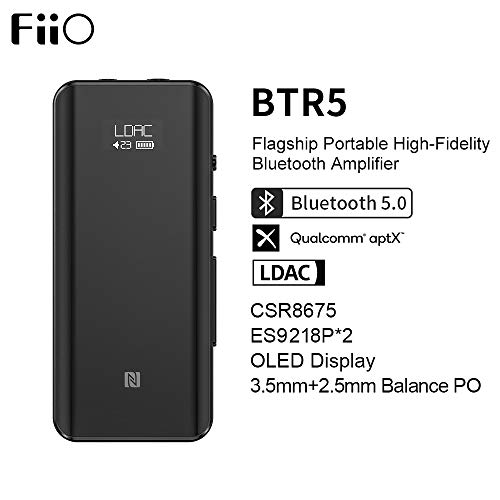 Mobility really is the name of the game with the FiiO BTR5, the premiere compact, portable BlueTooth enabled headphone amplifier.  You don’t even have to hardwire it into your smart device, just hit pair and the BTR5 is ready to go.

It’s got all the power you’ll ever need from a headphone amplifier and a whole lot more to share around and delivers crystal clear, dynamic sound. And truth be told, that’s exactly what you want it to do.

We’re stumped by the price. How can anything have that much power, superior sound and be packed with that much technology for just over one hundred dollars? 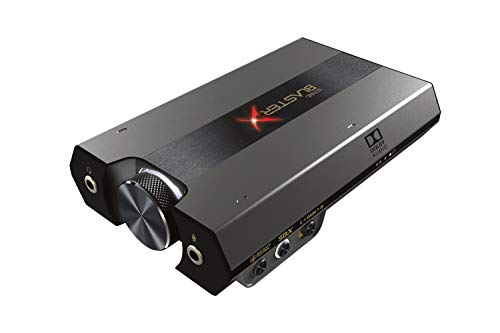 Okay, so it’s come to our attention that it isn’t just music lovers for whom sound is everything. Gamers adore it too and right at the top of their must-have list is the Sound BlasterX G6.  Compatible with the PS4, Nintendo Switch, Xbox One and PC’s, whatever your system of choice is, the G6 can slot right in, improve the audio ten-fold and enhance your gaming experience.

With virtual surround sound and full Dolby digital, you can completely immerse yourself in whatever game you’re playing and become a part of countless, incredible worlds. The G6 will draw you in and you’ll never want to leave.

Then there’s Scout Mode. Do you know what that is? You don’t? Well, since you asked, we’ll tell you.  All of those little things that happen in the background that can mean the difference between life and death in the gaming world, things like the drawing of swords, loading of weapons and rogue monsters sneaking up on you? Scout Mode enhances them, puts the grenade in your court and finally levels the playing field. It’s a gamer thing. 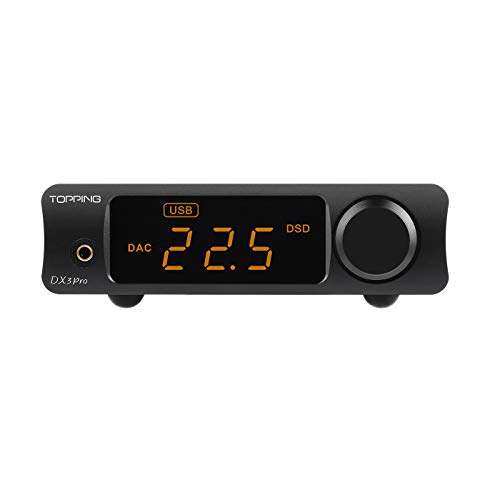 The fourth entry in our top five headphone amplifiers is another jaw-dropping BlueTooth model. However, unlike the BTR5, the DX3 isn’t a portable amp, it’s a desktop model designed to connect to whatever smart device you’re using at home. The DX3 adds a whole new level to the digital sound experience.

Remote control means that you can adjust it while you’re on the go and wandering around your home.  Easy to use and straight forward, the DX3 delivers clear, powerful and dynamic sound at all, and any, frequencies and can effortlessly handle whatever is thrown its way.

Well designed with the audiophile in mind, the DX3 is a near-flawless example of a music fan-friendly headphone amplifier that won’t break your bank. 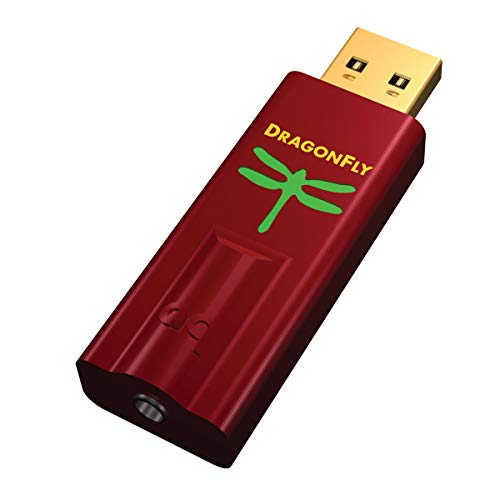 How portable do you want your headphone amp to be? They don’t come much portable or easy to use than the Dragonfly Red. The very definition of plug and play, on end slots into your USB port and you insert your headphones into the other, press play and you’re set.

The Dragonfly Red is all about sound.  Powerful, smaller than small and designed to maximise any digital sound file, the Dragonfly Red draws its power directly from source. There’s no more pesky charging, no complicated instructions and no confusing controls to get bogged down in.  The easiest amp to use on the list, the Dragonfly Red is the personification of portable.

With the right adaptor, the Dragonfly Red works just as well with Apple and Android phones as it does with laptops, tablets and any other device with a USB output.

Why Do I Need a Headphone Amp?

Ideally, everyone who uses headphones needs a headphone amp, but the world is far from ideal. Headphones are just speakers, that’s all they are. They need an amp to send sound to them, one that’ll convert that sound into an analogue signal that they, in turn, can transform into music.

Yes, there’s an amp in whatever device you’ve plugged your headphones into, but ninety-nine point nine percent of the time that amp is woefully underpowered and has sacrificed quality for bare bones functionality.  If you want to make the most of the music that you listen to and to hear it as it was meant to be heard, you’ll need an external, or headphone amp, to give it the extra push that it needs. And so richly deserves.

What Kind of Headphone Amp Do I Need?

Does your amp need to be static or portable? Does it need to connect to an analogue system or a primarily digital source via USB or BlueTooth? Whatever it is you’re looking for, there’s a headphone amp on this list that will do whatever it is you need it to. Choose wisely, then kick back, relax and let the music do the talking…