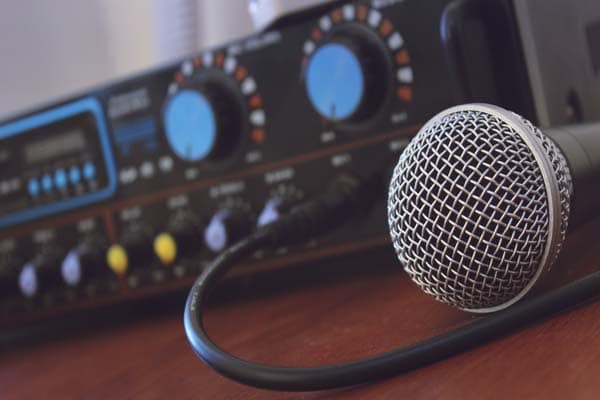 Sometimes equipment, just like people, needs a boost. It needs to elevated, needs to be made better than it is and driven to do what it was designed, and meant, to do.

Nothing in life, whether natural or man-made, is perfect, but all things, thanks to technology, can be pushed ever closer to excellence. All things can now be made to be all that they were supposed to be.

Microphones are a case in point.  Beset by weak signals and low-frequency output, in order for them to deliver the sort of clean and reliable performance demanded by performers and audiences alike, they need a helping hand.

That’s where microphone, or mic as they’re more commonly and professionally know, preamps come into the equation.

Increasing and stabilising mic signal power while reducing distortion, a mic preamp is indispensable for anyone looking to record audio. No longer simply the purview of sound engineers, mic preamps are essential for all areas of home, as well, as professional recording.

Whether you’re an amateur who is preparing your bands latest demo, getting ready to enter the rapidly growing field of podcasting or a long time industry insider, a good mic preamp is priceless.

But how do you know what you’re looking for?  How do you know which preamp is best suited to you, what you want it to do and most importantly, your budget? It’s a finely tuned balancing act that demands comparing available resources with the best technical specifications, ease of usage and customer satisfaction and if you’re not careful, the search for that perfect mic preamp can send you down a thousand different unnecessary rabbit holes and slowly chip away at your sanity.

Like we said at the beginning, sometimes everybody needs a helping hand. Sometimes, we all need a little assistance to find whatever it is that we’re looking for and some friendly, and appreciated, advice to guide us in the right direction.

So, take our hand and follow us through the maze of mic preamps as we take a long, hard look at five of the most realistically priced, technologically superior options that will deliver everything that the dedicated professional and enthusiastic beginning could possibly want them too.

It’s time to plug in, turn it up and get up close and personal with our top five picks. That said, this is our choice of the best Mic Preamps that’ll boost whatever you throw at them seven ways from Sunday and help you to sound a thousand times better than you ever imagined possible…

Implacability and reliability are the core values of everything that Grace Design, the little company that was founded by Michael Grace three decades ago, do.  Like Apple before them, it was a combination of personalities that transformed Grace from an audio specialist serving a small but dedicated customer base into a world-renowned business. The addition of Michael’s brother Eben saw Grace grow into a business that catered and caters, to all sectors of the audio industry.

While we’re talking about sound, let’s get right down to it. The Grace M-101 boosts whatever is plugged into it to almost unbelievable levels while eliminating any and all extraneous hiss and noise. Good things really do come in small packages and the Grace M-101 proves it.

If you want to know all about delivering clean, crisp sound, how to do it effectively and what you’ll need to do the job properly, you ask audiophiles and engineers. That’s what ART is and why you can rely on them and their mic preamps.  ART understand, and share the same passion, for sound that you do and they love what they, and you, do. They’re the aficionados and fanatics who have committed their lives to designing and fabricating incredible audio equipment.

The ProMPAII is a sturdy, substantial mic preamp that’s built like a tank, made to take a thrashing and keep doing what it does best day after day and night after night; which is to make sure that the song, recording, speech or performance always remains the same.   If you want a tough, authentic and trustworthy mic preamp that doesn’t know how to let you down, then this is the machine for you.

Just because technology is getting smaller and smaller, and more subservient to microchips and circuitry with every passing year, it doesn’t necessarily mean that it’s improving on what went before. Specialising in the sort of valve technology that made Vox the guitarist’s amplifier of choice and that has a proven track record in creating undimmed, gorgeous sound, ART put a little of themselves into everything that they produce. And their zeal for all that they do dwells in every atom of the ProMPAII.

The industry has always been led by youthful innovation. While they haven’t been around anywhere near as long as some of their competition has, PreSonus certainly have their finger on the pulse of what it is people want from a mic preamp.  That’s why they built the BlueTube DPV2.

Doubling as an instrument and vocal (mic) preamp, the BlueTube DP V2 looks, as you’d expect from a company with youth on their side, absolutely stunning. Its retro appeal is equalled by its smooth, powerful performance and plug in and play versatility.

It isn’t an earth-shattering, innovative, industry-changing mic preamp but it isn’t a bottom of the barrel choice either. It’s a middle of the road model that won’t bankrupt you and effortlessly fuses style with substance. 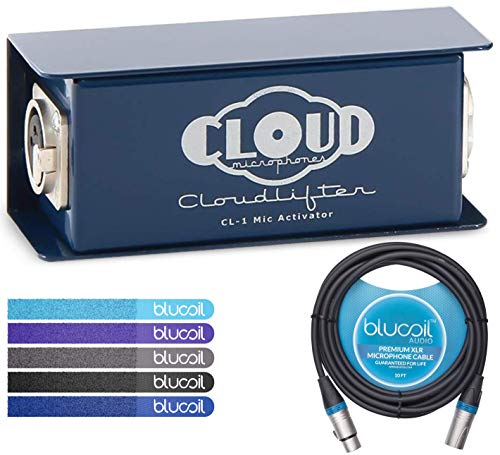 Who could possibly understand more about microphones and making the most out of their performance with a mic preamp than a microphone company? Cloud microphones pride themselves on being American made and leading the preamp revolution with their simple, straight forward, world-class CL-1.

Designed to do a specific job with purpose and vision in mind, the CL-1 or to give its full name, the CloudLifter is a phantom-powered miracle that boosts performance and clarity on all types of mic’s and is a go-to preamp for musicians and podcasters alike.

The CloudLifter’s fame is due in no small part to its staggering ability to wipe out background noise and unwanted hiss and let mic’s and their users do what they do best; the talking.  And singing and playing.

Again, we going to go back to versatility and as we’ve already explained why, we’ll just focus on the fact that the CloudLifter, as well as being one of the most compatible preamps currently available, packs a whole lot of all that you’ll need from a preamp into a small, but breath-taking package. We’ve said it before, and we’ll almost certainly say it again, size really does matter.

Oh, and while Cloud calls it a “Mic Activator”, don’t be fooled by the label. The CL1 is a mic preamp. Don’t believe what you read on the label, just trust in the product. 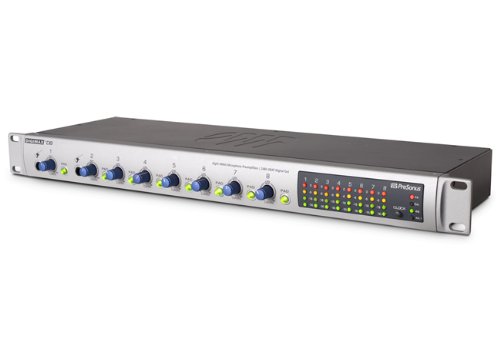 And like that, we’re back with those young upstarts and whippersnappers, PreSonus.  Two preamps in the top five should tell you everything that you need to know about these audio maniacs. They may well be young, but they’re among the best at what they do. At least, they are when it comes to producing reliable, versatile mic preamps.

This eight-track monster is perfect for controlling home studio set-ups and while it doesn’t reinvent the wheel, it follows the PreSonus blueprint to the letter. It’s a powerful, functional and dependable preamp that fulfils its role perfectly.

As comfortable handling large set-ups as it is leading the charge in smaller studios, the DigiMax D8 is a more costly unit than the BlueTube, but it’s made for a different purpose. This is one of PreSonus’ big guns and it’s priced accordingly.

Do I Really Need a Mic Preamp?

If you’re looking at becoming involved in, or are already immersed in,  any form of semi-professional or professional recording where quality is paramount, then the answer is yes.  An essential component of any home, or otherwise, studio, when it comes to mixing and recording a mic preamp is worth its weight in gold.

With more and more people becoming involved in the world of audio production, quality not quantity is what really matters. That quality is all often dependent on a good mic preamp being used properly and effectively.

What kind of Mic Preamp Do I Need?

That depends entirely on what you want to use it for. Are you a podcaster who wants to record a single, or multiple, voice(s)? Are you looking to build a professional homes studio? Maybe you’re in a band that wants to track demos and take its own vocal rig on the road?

Or maybe you want to use a mic preamp for one of the thousands of other things they were made to do. Whatever it is you want a mic preamp to do, it can do it and there’s a machine out there, and on this list, that’ll do exactly what you need it to.  Only you know what you want it for and what you wat it to help you do.

So plug-in, turn up your mic preamp and hit the on switch. It’s recording time…